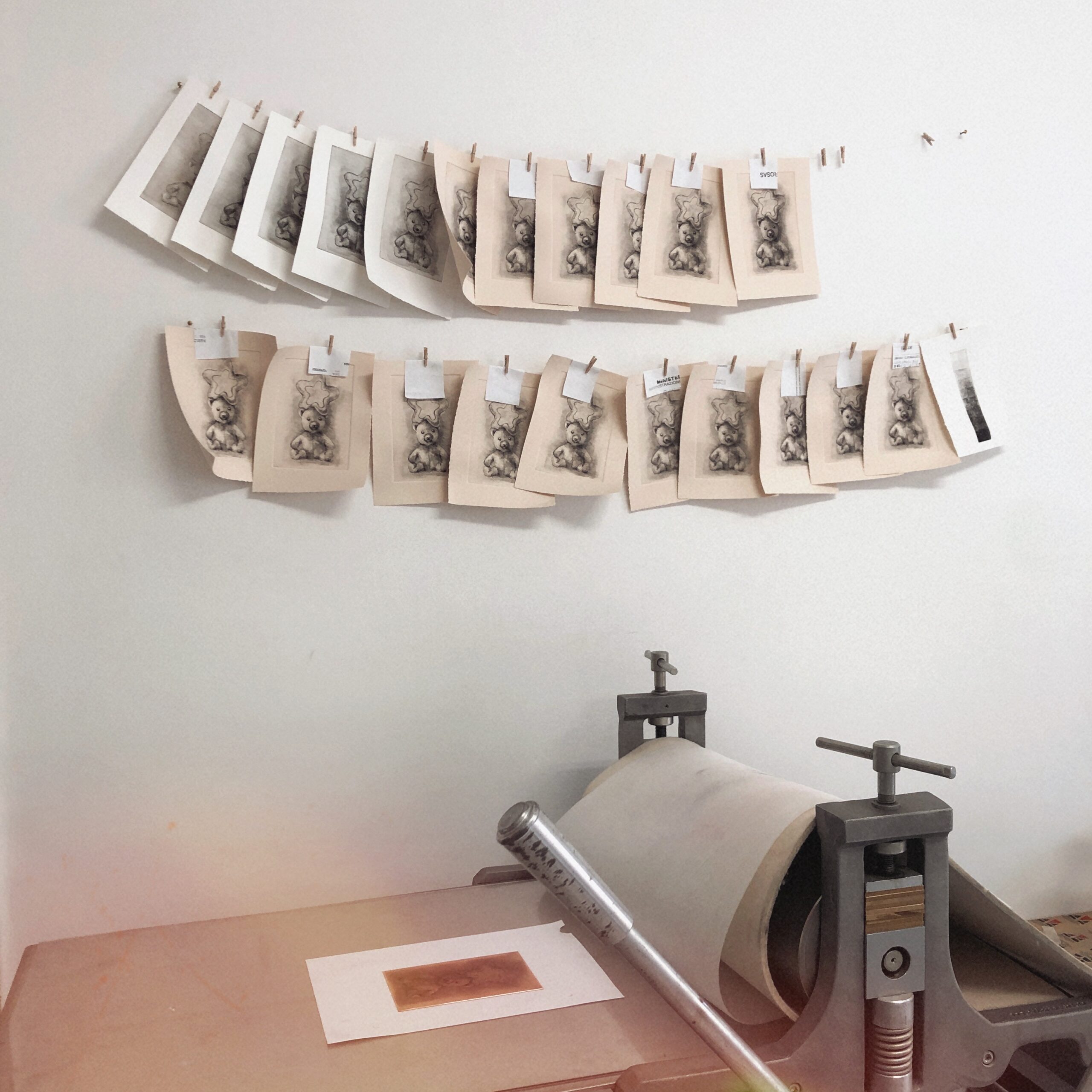 When I lived in Barcelona one of my biggest dreams was to be able to have my own engraving workshop. At that time I was a student at U.B and I couldn’t afford to rent a space for my workshop so everything I created was inside my room. He didn’t have a table, not much space and he had practically no natural light, but he did have a lot of dreams and desire to work to achieve what he wanted.

Over time I moved to Italy and my workshop went through different spaces, from very small until in 2019 I was finally able to get a space that I love!

One of my greatest wishes was to have my own engraving press and with time and a lot of work IT CAME! And I named him Teodoro.

The two-roller metal press was propagated in France by Mr. Lefevre starting in 1803 and the system has been updated and improved by different manufacturers around the world.3 Initially created as a means of printing the images engraved on the single pages already Printed by movable type on flat presses, the first devices used in the ancient printing press for printing pages, with the invention of lithography and the discovery of chemical printing, burin engraved plates began to fall into disuse due to the cost of their execution and led to etching, which was first used by artists as a means of experimentation that ended up being adopted as an artistic genre of its own.

For those who do not know this type of dams, I will comment on its main characteristics of impression. The printing system consists of a pair of rollers that press a metal plate called a table or plate, on which the engraved and inked plate is placed under the paper on which the stamp will be printed. By operating the drive mechanism of the machine, the rollers, to which pressure has been applied by means of threaded spindles located at the ends, allow the ink to pass from the engraved image to the paper, producing the final stamp also called engraving.

The press is generally made of metal, although there were models in wood, a material that was no longer used with the development of the mechanical and foundry industry. It is common to find cast iron specimens made during the 19th century that are still used in artistic workshops around the world.

The machine has a monolithic metal bench that supports the box where the rollers are located, one fixed and the other mobile and adjustable to the plates or dies that are placed between it and the table or plate. The movement is given by a set of toothed gears that communicate the impulse to the lower roller, which is in turn support of the table or plate. This system generally has mechanical reduction in order to alleviate the attack effort that drives the machine as a whole.

Large-size printing machines have these mechanisms, which can be ignored in the smaller ones, as it is the minimum effort to carry out the printing action.

After much searching, I found a press producer who had his workshop a few hours from my house! I got in touch and went to visit him to see his creations live and direct!

It was a great adventure that ended with a wonderful press in the trunk of my car.

For those who may be interested I leave the info of calcografia.it:

I hope this article has been useful to you! 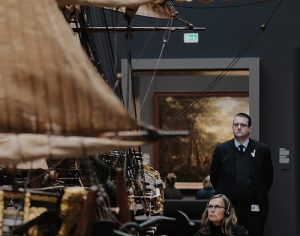